Here’s some inspiration for those of you that love spinning your sticks and all things to do with showmanship!

This is Ralph Nader. He’s a young talented guy who flawlessly combines ideas with great ease. A definately talent to keep an eye on.

https://youtu.be/hs9grTpKaAs
For more ideas or info about drum lessons check out:

Got up nice and early to transcribe Joe Morello’s drum solo on Take 5. This is taken from the legendary recording of Time Out by the Dave Brubeck Quartet – 1959.

Joe was one of the first drummers to explore odd time signatures and this album was seen a revolutionary as it explored many different time signatures.

1959 was a big year for Jazz music as some of the most influential albums were released, including:

The Shape of Jazz to Come – Ornette Coleman

These were all landmark albums, changed the way Jazz was perceived and setting a new standard of creativity.

This is our amazing new video for Cheshire Drum Lessons.com

It’s the first one we have done and it was loads of fun. The most difficult thing was speaking into the camera. I found it very nerve wracking. The last time I felt that nervous was when I did my first gig which was a very long time a go. All the feedback has been very positive so far and we will definitely be making more in the future. Hope you like it.

For more information about drum lessons:

I Was really lucky to play a gig at Hulme Hall this weekend. It’s the venue where Ringo first performed with the Beatles! The history of the building was amazing and such fun to play. 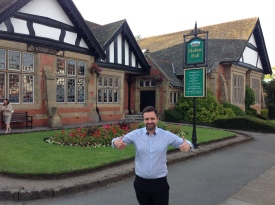 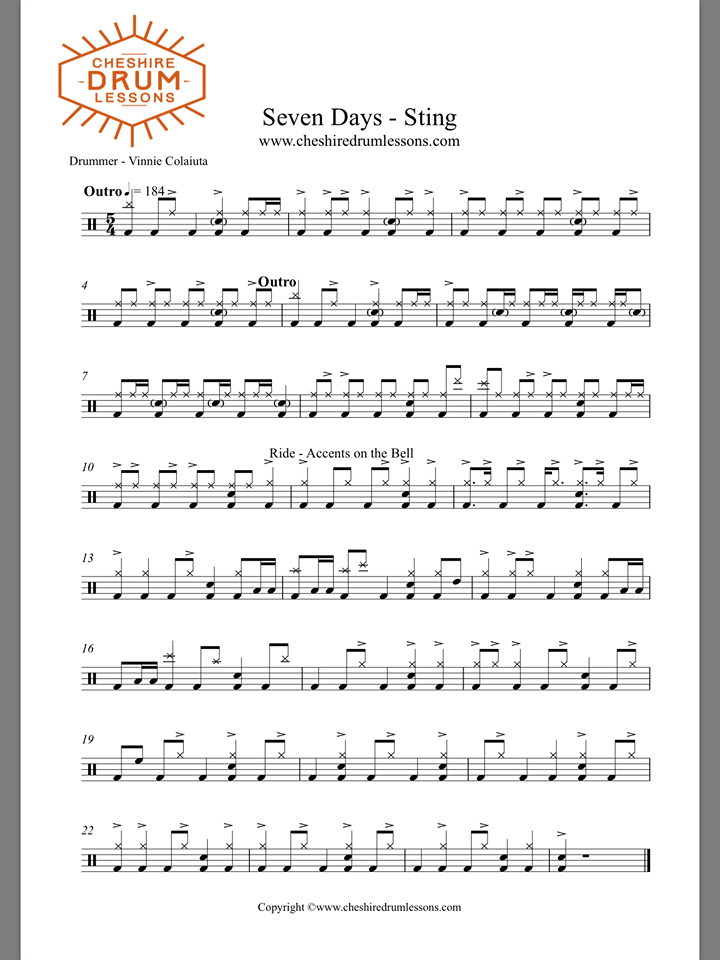 Our students have been enjoying learning Seven Days by Sting.

The drummer is Vinnie Colaiuta. In my opinion he really makes the whole tune. The song is in 5/4 but Vinnie plays a pattern on the hi hats and ride that give the impression of being in 4/4. Here I have uploaded the outro. There are some really imaginative ideas like the 4 over 3 bell pattern in bar 12 and the crazy hi hat lick that starts in bar 6.

If you want to learn to play like Vinnie Colaiuta then get in touch for a lesson:

This is a wonderful fill and full of little gems. It’s great for learning about inverted paradiddles and how to link them in with rolls around the drum kit. Each quarter note segment makes a great fill on its own but combining it helps to also build an awareness of the full kit. Remember to practise slow and breakdown into smaller if you need to. Work on getting the accents clear whilst keeping the double strokes quiet. Counting the pulse out loud always helps too.

For more information about drum lessons:

Learn To Play The Drums.
Blog at WordPress.com.